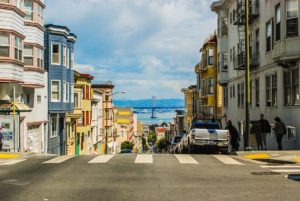 The unique adventures along with fun filled adventures make up part of the experiences in San Fransisco. In an effort to entice the locals and visiting tourists yearly events are usually organised all through the city. The festivals are well arranged throughout the year making the city an all round travel destination. Whether in the fall or even summer the events will give one a cultural experience from all around the world.

Chinatown in San Fransico is a well known historical site meant to preserve as well as nurture the vast heritage of Asian culture. The Chinese new year is  usually considered a big event and attrracts quite a large following. The events are spread all through the Bay area with a series of activities. This event occurs mostly at the beginning of the month of February each year. However, the dates may vary depending on the set yearly calendar.

The festival is regarded as a Japaneese festival for the celebration of blooming  of the cherry blossoms. Normally hosted in one of the remaining three japanese towns located in United States. With a grand parade, live bands, martial arts as well as cultural performances from the rich Japanese culture the event attracts quite a large following. This annual Northern California festival usually takes place within the month of April.

San Fransisco has always been supportive of artistic culture hence the large presence of artists in the area. Given the chance to display their best artistic works the artists appreciate the support given through amazing creative works. New talent is supported for new artists as they work side by side with reknown artists and is actually free. By allowing all ages to attend the festival it gives a good location for the whole family to attend. Additionally, bringing food along is allowed so one enjoys the good music performances as they relax with amazing company.

This entry was posted in SF Society News. Bookmark the permalink.